The BBC is rolling out plans to shut off iPlayer to UK VPNs, cutting access to overseas fans sending expats into a frenzy with a prominent error message . What does this mean for our overseas friends using Kodi? Also who will follow the BBC’s lead as we know a lot of us use Vpn’s in Kodi to gain access to a whole host of additional content. Is this this the beginning of the End?

The BBC is trying to block access to iPlayer from UK VPNs, crushing the hopes of those overseas in getting a fix of Eastenders, Doctor Who and Match of the Day.

The BBC said it instituted the blocks to deter pirates from ripping off its dramas, comedies, documentaries and other programs, which are funded by TV license-fee payers.

It may also have something to do with the broadcaster’s plan to charge for streaming in the USA  from next year.

VPNs, aka virtual private networks, have many, many uses – including allowing people outside the UK to stream video from iPlayer. You must be in the UK to watch iPlayer across the internet; using a UK VPN masks your true location, and convinces the BBC you’re in the country and thus allowed to view iPlayer.

Now the BBC is putting a stop to all that, or at least it’s trying to. If you try to watch iPlayer via a VPN, you’ll get this simple error message instead: “BBC iPlayer TV programmes are available to play in the UK only.”

BBC iPlayer is freely available to users across the UK without a VPN, and we also seek to ensure users of private VPNs such as those used by schools and companies in the UK have access.

Quite how the BBC is banning connections to iPlayer via VPNs is not entirely clear: it appears to have drawn up a list of VPN providers and blocked connections from their IP address ranges. People running their own personal VPN service from a lone server could evade the blockade, potentially.

The broadcaster has been a supporter of VPN access until relatively recently: in July the BBC published guides on how to get onto iPlayer using a VPN via a Raspberry Pi.

What does this mean with regards to the Iplayer add-on in Kodi, who knows? Hopefully another way round it can be found and hopefully this news will not impact on overseas content that we all use in Kodi on a daily basis like my favorite add-on NBC SPORTS if they follow BBC’s lead. Be a Hero for Children in Need

The embargo is bad news for VPN providers, many of whom make money from people who want the BBC’s content, but don’t fancy living within Britain’s borders. VPN provider Torguard condemned the blockade as heavy handed and harmful to security. 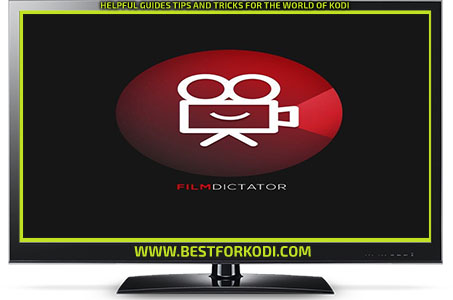