Good Afternoon Guys yesterday in the states the first steps to kill off the internet as we know it came into motion. The FCC Repealed Net Neutrality which basically sign the death penalty to the Internet. Handing over massive powers to the Internet Service Providers.

Good Afternoon Guys and Girls some massive news came out of the states yesterday which could change the internet as we know for ever. Calling all our US readers we need your help. This could easily happen in all countries around the world if not stopped here.

While cackling in a jovial display, the FCC trespassed on the First Amendment of every U.S. citizen.

In their obliteration of net neutrality rules, the FCC has removed all regulations put in place to protect consumers from internet providers like Verizon®, Comcast®, and AT&T®.

Now there is nothing to legally prevent your internet provider from controlling what you see and do online.

Though this battle was lost — a major battle at that — the war is far from over.

This is where our advertising partners come in:-

BestForKodi along we our advertising partners IPVanish stands for online freedom. We will never stop fighting for an open internet, and we hope you’re not throwing in the towel, either.

Now the battle has moved onto Congress, where a majority ruling in the House and the Senate can overturn what in fact as the  internet’s death sentence.

Add your voice to the many of us imploring Congress to overrule this rash decision that attacks internet freedom. Most importantly, activate your followers to do the same by directing them to https://www.battleforthenet.com.

We cannot sit idly by and allow The ISP’S  kill the internet as we know it. Together, we can stop biased commercial censorship, superfluous fees, and targeted throttling from ever reaching the masses.

We have been banging on about the importance of VPNs for years.

Best For Kodi only recommends IPVanish. Trust me we have tried all the rest and nothing come close.

Why not get 50% off by adding the coupon code IPVSAVE50 click on link below.

ISP’S in many countries have began to push for ways on how their users access the Net.  This Time last year government bills, such as Snoopers Charter, were brought in which threaten open internet access for users.

Lets keep the internet free for all users and support net neutrality.

It your responsibility to ensure that you comply with all your regional laws with any streams to be found on the web via Kodi Third party addons.
Whilst I am writing this would like to go on record to thank you all for your support. The Site is still growing month on month. We really enjoy reading your comments on our twitter account all 54000 of you. if you don’t follow us you can do so by clicking HERE. 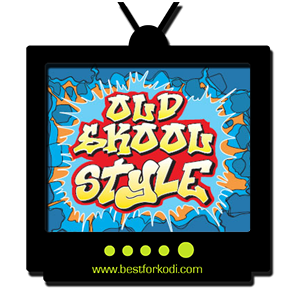