Good Morning Third party Kodi is under intense media spotlight and pressure. This has resulted in the EU law makers looking at Kodi and the developers that produce the addon’s within it.

As per usual it has been a very busy few weeks within the third party Kodi Addon community. Lots of internal fighting but whats new there. The drama seems to be part and parcel of our once great community.

Another two announcements that I have all been dreading has been made. I am sure this will not be the last either.

To most Developers coding addons is a hobby and great way to learn Python coding. Much like ourselves we do this for fun and when things are not fun anymore and the heat is on its time to walk away.

Goliath and Schism has called it a day and retired from Kodi Third Party Addon Development.

What doe’s this mean for the future of Addons such as Evolve and Zen?

Is is a surprise? No not after what i have been reading the last few days on News sites, forums and facebook pages.

The news good is that the addons will live on. Goliath has handed over the reigns to the rest of the team. Zen will work as long as the scrapers are updated.

This is what Goliath had to say

So as of last night i decided to call it a day with kodi. I was going to pull all addons down. But when i thought of how much work the rest of the team put in i could not just pull it. I have to give them chance to get a new domain/server and keep it going.

There’s a few reasons i have decided to leave….

1) as you know there’s is a law that has been re looked at and now comes with a heavy prison sentence, this did not really bother me until a magazine ( not mentioning names) decided to publish an article about Evolve with my domain name in, to be this became very real that i could get into some trouble, it was in lots of stores in Uk!

2) kodi is not the same as it used to be, end users expect far too much now. I remember a time if something dint work they never moaned and were happy to wait for things to be fixed as they dint EXPECT and think we do this as a job!

3) with kodi expending and the 3rd party world there has become a lot of what we can call bitch fits, i know a lot of people sorted stuff out a few months ago but this still seems to happen (yes i am one of them people) and i am sick of seeing it.

Would like to say thank you to all Evolve team members and i know they will do a great job in looking after Evolve. I would also like to thank MK as our dev, without him Evolve would not be what it is to this day.

I would like to thank all end users and other devs and listers.

My twitter will stay but i will not be talking about Evolve as its no longer anything to do with me.

They will push an update with new repo once they have sorted it all out.

This is what Schism had to say

Schism’s leaving message was in similar vein to Goliath’s. He stated that Zen was built as a fun project in his spare time. He also stated due to the law changes that he did not want to be on the wrong side of it.

Zen will continue to run if installed on your devices without him pushing any updates to the addon. This due to the scrapers it uses. Hopefully the team at Noobs and Nerds will continue to update this side so the addon will live on.

So what is this law change? Is Kodi legal? Yes, Kodi is legal!

Kodi is one of the most powerful pieces of entertainment software around. It lets users stream a range of content – whether it’s from the web or local devices. But with so much on offer – including movies, sports, and games – it’s understandable to ask: “Is Kodi legal?”  The simple answer is yes.

Kodi is a piece of streaming software designed to display content on a range of devices. This means it’s perfectly legal. If you have a DVD player or a PC only because it can play any media file it does not make it illegal. Kodi is digital media centre software that you can install on many different platforms.

The latest 2017 EU court’s ruling on copyright and media streaming specifically for pirate box sellers and third-party developers that use Kodi with pirated content for their own profit also you as the end-user could be prosecuted due to recent court proceedings stated below.

Would just like to go on record and send a big thanks to both of these devs that have decided to leave the third party addon scene. Enjoy Life and Enjoy having your time back and most importantly enjoy your family and loved ones.

Importance of a VPN

We having been banging on for 6 months now about the importance of using a VPN whilst surfing safely online and using Kodi. 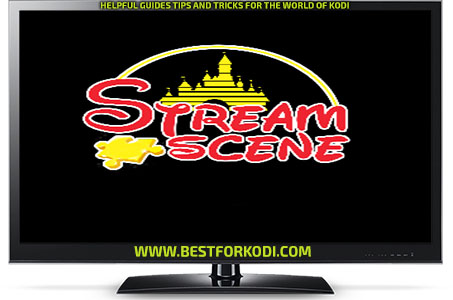