The future is today — if “Back to the Future” is to be believed.

The celebration of the so-called “Back to the Future” Day on Wednesday marks the date — Oct. 21, 2015 — that the characters Marty McFly, Emmett “Doc” Brown and Jennifer Parker famously traveled from 1985 to 2015 in the sci-fi film trilogy’s second installment in 1989. “Back to the Future Part II” envisioned a colorful 2015 with flying cars, hoverboards and self-tying shoelaces. While those doodads are hardly prevalent today, the film did accurately tease the rise of such technology as flat-screen televisions, biometric scanning and hands-free gaming.

“Back to the Future” Day is being celebrated today around the world with an appearance by the original cast at a Lincoln Center screening in New York, as well as several fan-centric events and more than 1,700 theaters hosting screenings across the country.

“Back to the Future” filmmaker Robert Zemeckis’ trilogy has left a lasting impression on pop culture in the 30 years since the original film debuted, spawning a theme park attraction, video game and animated series.

Beginning Wednesday, the town of Reston, Virginia, has changed its name to Hill Valley, McFly’s fictional hometown. The Washington West Film Festival will feature a marathon screening of the trilogy Wednesday and a Sunday screening of the original film, with appearances by stars Christopher Lloyd and Claudia Wells, as well as screenwriter-producer Bob Gale.

Back to the Future Day will be celebrated in Southern California during the four-day “We’re Going Back” fan event. The festivities will occur at locations featured in the film series, including a tour of the Hill Valley town square on the Universal Studios lot, an “Enchantment Under the Sea” dance at the Hollywood United Methodist Church and a screening in the parking lot of the Puente Hills Mall, where McFly famously blasted off in Doc Brown’s time-traveling DeLorean.

Tonight the Brooklyn Bowl hosts a special screening of the time travel film. There’s an ’80s cover band booked to play and anyone turning up in a retro costume can win free bowling and gig tickets. Entry is free, like Pepsi Free.

So how can we join in with the fun on our Kodi Devices? well that’s easy lets all watch Back to the Future on our devices tonight.

I have got my popcorn at the ready, mine setup ready to go via Genesis and my boys are very excited to watch the film that they have been hearing about all day at school today. I also found working links on Movies Hd, Phoenix, Navi X and Entertainment Hub. So what are you waiting for? Join in today’s celebrations and watch Back to The Future with the rest of the world. 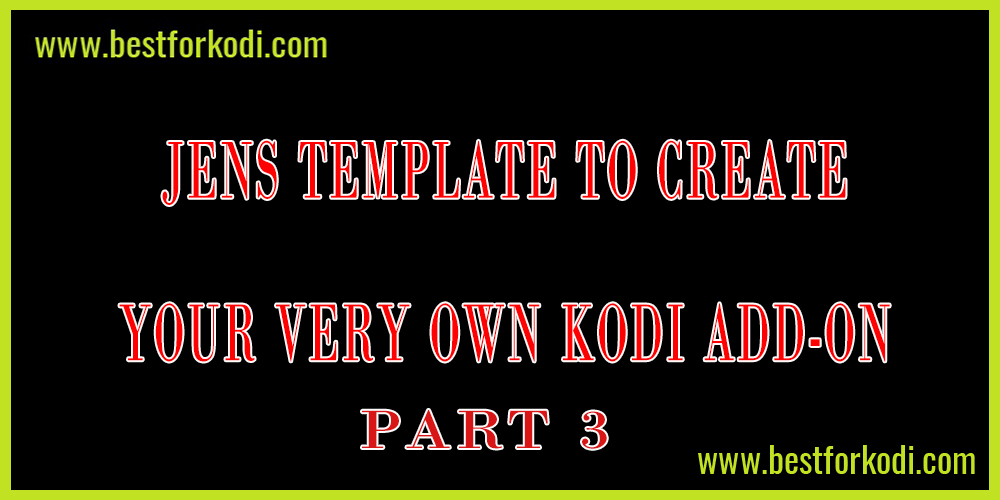 How to create your own Add-on With Jen Template (Part 3)
error: Alert: Content is protected !!