Let me start by wishing everyone a happy and prosperous New Year and bring this Important message Kodi Users.

I’ve been off the “Blogging” trail for a while now as I have been busy on other projects that I’m involved in, though for the last couple of weeks that was petty much just eating and drinking!

Having spent a bit of time on Social Media over the last couple of weeks Events today have sprung me back into action.

A quick look through Twitter and Facebook timelines of avid followers of Kodi you can’t fail to have seen the news that @njmsoccer has decided to pull his fantastic Addon due to it being “Copied and Pasted” in its entirety into the Kodiland Add-on, needless to say there was no permission granted for this and Njm Soccer was rightly furious so has “Pulled” the Addon until he can tighten up Security on it. I’m sure you’ll all agree with his decision and hopefully it won’t be to long till it hits our devices once more as it has been one of the very best for Live Football Streams this season.

Who like us here at BestForKodi provide Fantastic and most importantly “FREE” Kodi support services had a link to their Website which to my amazement and disgust was actually to charge folk like ourselves for support for all things Kodi related.

Having sent the account in question a tweet asking why they thought this was acceptable they quickly tried to justify what they were doing by saying that they didn’t use any of the material provided by the Accounts I mentioned above on their “Paid” site.

If that is actually true or not we’ll probably never know as they have now closed down their Twitter account and I certainly won’t be paying to join their support group, to be honest it’s neither here nor their as they missed the point entirely, support for Kodi is freely (pardon the pun) available in abundance on numerous sites including this fantastic site for FREE as rightly it should be and always will be.

I’ll finish off this rant by hopefully giving a couple of bits of advice,

1. If u are fancying becoming an Addon Developer, do the ground yourself instead of just ripping off someone else’s had work. If you are struggling with why not ask one of the numerous Addon Developers out there for a bit of help and advice, all they can say is no.

2. If you are new to the Kodi scene or even if you are a bit more experienced please don’t fall into the trap of paying for help or advice, stick to the tried and tested sites like ourselves for all the latest up to date information and help.

If Twitter is your preferred medium for help and information then give ourselves @BestforKodi,  @Wookie_Wizardry or even myself @megamind1973 a follow or a tweet and we will gladly help out.

All the best Megamind 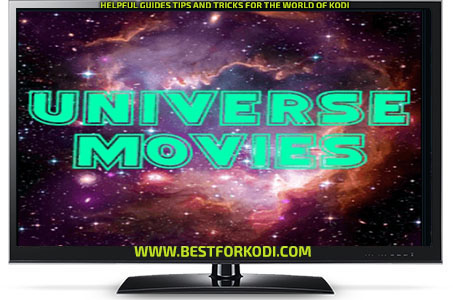