Good Morning fellow Kodi users. I have sat back for a while and watched things evolving and growing in the community. And I felt that I needed to get a few things of my chest, as the saying goes.

In my 3 years in the community I have grown from being a newbie. I have helped on Facbook groups to even modding skins for a well known wizard.

In the beginning I heard the term “community” mentioned on Facebook, Twitter and on YouTube live shows. I never really took any notice of it cause I thought it was for the more experienced users.

Then I  started using twitter more and more and then felt part of the fore mentioned “community”.

The devs you tuber’s and other users take you under your wing and help you how ever they could.

Not only this but it was the friendships and laughs that was had at them times was brilliant. I look back on them fondly.

Don’t get me wrong this still happens day in day out.

I see more and more people bitching. Most of this comes from copying content from one add-on to another and not giving any thanks to the original creator.

This can go on and on for ages and can become an all out Kodi war.

This happened earlier this year with a group called Anonymous using dev’s lists to create a sports links add-on, the idea behind it was a good idea but the way they went about it was wrong.

This resulted in some Devs to band together and take their add-ons down and work together in changing the code, is this is what the community really is about?

Now let me take you back to last year. ( I think it was) There was an add-on that came out called IPTV Stalker. This was a good add-on with great streams, I thought to myself that this is going to cause a lot of problems in the community.

Fast forward to now and every Tom Dick and Harry wants IPTV lists and they have to be 1080 buffer free streams, this in reality is never going to happen, unless you are going to pay premium price.

I honestly believe that due to the fact IPTV has now become a Huge part of Kodi. It has made it more mainstream then it needs to be.

This has now brought about a new problem to kodi and that is rogue box sellers.

Everywhere you look on ebay the internet and even some facebook groups, you’ll see adverts offering a box that can be bought  for approx £50 bring sold for £300, and all the seller has done is loaded a build on to it.

The likely hood they didn’t even make the build themselves. Most of just found a build on a group and used that.

Then all they need to do then is sit back and watch the money roll in, whilst the creator of the build doesn’t get a penny.

If they host the build on their own server will have to pay higher costs due to more people downloading it, this is highly unfair and leaves some people wondering why bother and end up walking away from kodi.

IPTV has also caused problems in the community as well with IPTV suppliers accusing other suppliers of stealing their streams.

The likely hood is that they both come from the same source originally, i’m not going to go down the route of explaining how this is done but this link explains it perfectly click here to find out all about it and how complex it can get.

Even with all this, the community is a great place, Experienced users help newbies. Skinners help new skinners.

Build makers work together to make good builds, and all though they get a bad rap, youtubers do have a place in the community. They are invaluable to the newbies that join in their thousands every day.

Till next time, enjoy Kodi enjoy the community  and try not to be scammed.

Let me know your thoughts via my twitter HERE

Whilst I am writing this would like to go on record to thank you all for your support. We are aware that we are a still a brand new site compared to some of the third party Kodi Websites.

The Site is still growing month on month.

BFK will be 1 years old soon so watch out for our massive Birthday Giveaway!! Details will be posted soon.

Lots of great prizes to be won.

Why not Bookmark our page and check in with us on daily basis to see what new. Click and visit some of the companies that advertise on our site. Income generated from these ads gets pumped back into the running costs of the site. This will help us grow. 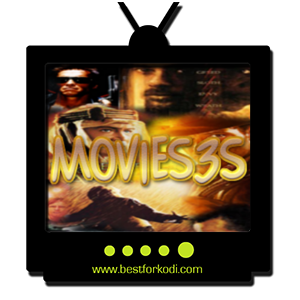