Hot on the heels of the sad news yesterday that the life of Genesis was coming to an end. My blog on this can be read HERE

There seems to be some positive news just around the corner. BlazeTamer a very respected Kodi Third Party addon dev has taken to his twitter account to tweet us little teasers on a new project that he has been working on.

Codename Apache or now as we know real name Velocity is in final development stages before release.

So what do we know about about Velocity? Not a lot really but what we do i will cover below.

So when will it be Released? We have no idea, the only person who does is BlazeTamer himself  this is being kept very close to his chest but the fact that he stated in a tweet final development stage means its very close. Unless of course a major spanner appears in the works.

We saw a leak beta version which was leaked on Reddit which nearly put pay to the release, but it has since been said by BlazeTamer it was not even a version of Velocity so a bit confused on that one. We will just have to wait and see if that was a double bluff or not. BlazeTamer is a Respected member of the TVADDONS Kodi community. He is the developer of Cliq and 2Movies, he is a member of the Navi-X team.He also part of the development team at Phoenix in my eyes one of the best Kodi addons at the moment. So what do we know from the tweets and questions that BlazeTamer has answered on twitter?

Another thing, my new addon has nothing to do with Genesis, or the project(s) lambda is working on. Just an FYI

The addon will be integrated with Real Debrid. What is Real debrid ? Read my blog HERE. this will allow the addon to use premium server hosts making it more stable.

The addon will also use TRAKT. What is TRAKT? Trakt is a a movie and TV database that you can access from your mobile phone or sync into Kodi and keep track of what you have watched and all of your favourite shows. I use it on other Kodi add-ons like Genesis and SALTs to pull and organize movie/TV data and keep track of what i watch. Check out their site and sign up for a free account HERE so the fact that addon looks as though will use Real Debrid and Trakt points to a movie and tv show addon in a similar mold to Genesis but will it also scrape multiply website sources who knows we will have to just wait and see.

What do you need to do in the meantime to keep upto date on the news? well Follow BlazeTamer on twitter HERE and some of his team working on the project with him HERE AND HERE, keep an eye of us and follow our twitter feed HERE

Once downloaded you can install it my going to

Then just sit and wait for the offical announcement of the release of this addon.

Anyway until next time have fun 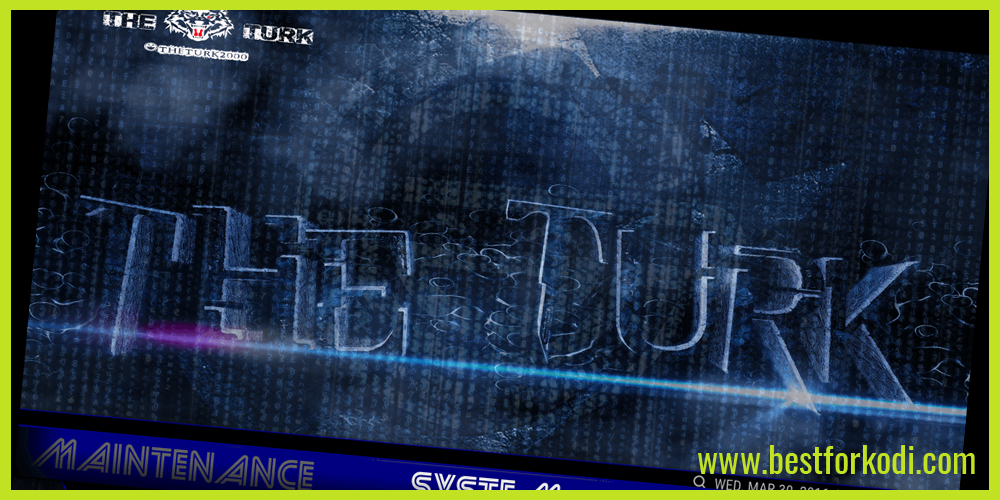