RIP Genesis Kodi What does the future hold? RIP Genesis – What does the future hold?

RIP Genesis Kodi – So Today is the day! an end of an era.

The announcement that we have all been dreading has been made.Is is a surprise? No but was rather hoping that Lambda and his team would have had second thoughts. I know how much work has gone into this addon over the years. I know the decision would not have been taken lightly. I know it must be like losing a family member and laying them to rest. It has been a huge part of Lamda’s life for so long he must be devastated. On the other hand maybe the weight of his shoulders will enable him to move on. We have already heard that a new addon is under development from him. We have also heard it will be similar. Lets hope its better! RIP Genesis Kodi.

Below is a copy of the statement on the TvAddons forum. Please click the link here if you wish to read post first hand. You can even leave a message of support for this great team of devs over at TvAddons.

We know everyone is hungry for news regarding Genesis and we understand why but before we get to the news we have a couple items to discuss:

We will now move on to the Genesis news/update and finally answer the question of whether Genesis will live to see another version or not. We will also help put the things discussed above in perspective and provide some very specific examples of the damage discussed:

So while Genesis will not continue the community is very fortunate to have the opportunity to enjoy his new add-on when released. It will definitely not be the same as Genesis but it will provide the same ‘core’ functionality implemented with the quality and reliability we have all come to expect from him. Further details will have to wait for a formal announcement but we wanted to share this much with you now. Please wait patiently and don’t flood the forum with questions regarding dates or features. Again, we must avoid repeating the behaviors and actions that contributed significantly to the current situation with Genesis.

I hope it was clear above but lambda feels very strongly about this so to be absolutely certain everyone understands I will repeat it. The ‘less than reputable’ people on social media that are spreading lies and misinformation for the sole purpose of getting more hits/clicks/likes on social media are damaging the community. If you want to support lambda, appreciate his efforts and enjoy using his add-ons you will stop supporting them. Ignore them completely and don’t even say their names as that alone will likely give them that hit/click/like they are so desperately seeking.

I would like to just take this opportunity and i am sure all of you will to in Thanking Lambda. Also all the guys that help him behind the scenes. Thanks for bringing us such a superb addon as Genesis in the first place. It will always have a place in my heart as being the best ever addon to grace Kodi.

But like the sad day Mash Up closed its doors.  You have to move on and not dwell on the past and what could have been and look to the future and to the alternatives.

I have been covering Alternatives for the last month or so.  Since an announcement looked like being made they can be read on links below.

5 movie Addons you should have on your device HERE .(obviously ignore Genesis on list)

I will be covering and writing a blog covering more alternatives over next few days. In the mean time check out great addons like.

So that’s it for today guys on this sad day. Please remember we have a great community of Devs. This is not the end for Kodi maybe just a new beginning. Just remember always from the ashes rises a Phoenix.

I for one is looking forward to seeing the future even though a bit sooner than i would have wanted.

But thanks again Lambda you Sir are a Kodi Legend.

All the best Sparky. 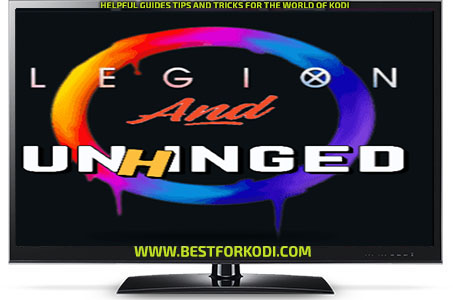