Guys We take a look in this blog at how to install Kodi 17 on an older device running Android 4.4 devices, hopefully this will help you guys out and save you having to buy a new device to get the best out of Kodi.

Good Morning Guys and Girls hope you are all well. This blog will show you how to get Kodi 17 running on an Android 4.4 Device.

Over the last few Months since the launch of Kodi 17 Krypton I have had hundreds of tweets asking Why wont it install on my MXQ OR T8v2 box? Getting the message failed parse packages?

The answer was simple. Kodi 17 was not compatible with older Android operating systems. On launch of Kodi 17 Krypton this was put in the change log by the Kodi Developers. What a massive blow!

What did this mean?

Well there were a few options.

Buy a new device. (An expense no one needs)

Contact device seller to see if there is a Firmware update for your device.

Stick with Kodi 16.1 and have limited usage. This due to the https protocol that most sites use these days which the older python in 16.1 would have a mare with.

Install on Kodi Fork like SPMC (Which in my opinion is better than Kodi on Android devices. This due to the fact it developed solely for it) But even them on latest version requires Android Lollipop (5.0)

So where does it leave Kodi users who’s device’s run older Android operating systems such as 4.2 and 4.4?

Well we have some great news for some of you! We were contacted about 2 weeks ago by the guys over at Ebox who have been working on a Kodi 17 fork that could be used Android devices that run 4.4 Android.

They have made an EBMC Fork of Kodi 17 based on a MyGica 17.0 Fork which has been publicly released over the last few days.

Due to a good development team, over at MyGica, they have managed to come up with a tweaked version of Kodi 17.0 that runs on most Android 4.4 TV boxes. Including the MXQ TV box and T8 V2/V3 TV box.

This is what Ebox had to say on this release

The version of EBMC by EntertainmentBox is based on the MYGica Kodi 17 Krypton fork for Android 4.4 The bad news is that it does not work as far as we can tell on Android 4.2 for those of you with even older devices.

Install MusicBox on your Kodi device

Lets hope this helps a few of you guys out. Big thanks to the Devs over at MyGica for hard work in developing this and Ebox for this information. 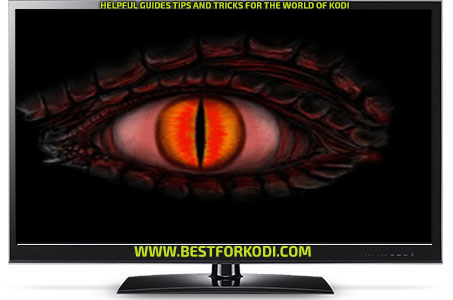