TvAddons to block their addons in two Builds TvAddons to block their addons in two Builds

Evening guys just when we thought it was starting to settle down in the third party Kodi World, we have another drama about to break!!!

TvAddons are about to block their addons from being able to be used in the Gears of War and Showbox builds, below is a statement from the TvAddons.

To be honest i do not even know these builds but thought i would let you guys know just in case any of you use these said builds.

I for one back TvAddons on this one. Some of these Kodi build makers seem to thing they are god and without the devs that create the addons they would not have a build in the first place!!

So respect to TvAddons for this and hopefully more addon devs will follow suit.

Why would anyone diss the great work that TvAddons and its superb team of devs do.

I have had spats with TvAddons in the past but i respect them for what they do for the community and their hearts are in the right place and look out for the end user at all times.

After much consideration the TVA developers as well as several friendly developers have decided the build author of Gears of War and Showbox has left us no choice but to block our addons from his builds. Over the last several months he has shown a consistent lack of respect and consideration for those developers whose addons he uses to create his builds. While TVA has ignored his temper tantrums to date, the final nail in the coffin was when he slandered Lambda with unsubstianted, slanderous, and false claims in his recent videos.

Please know, that we do not take this action lightly or without serious consideration. We want everyone to be able to use the addons that we spend thousands of hours developing with no compensation whatsoever. For all that effort we only ask one thing: respect. If that small consideration can not be made, then we can’t allow our work to be re-used.

We want to be clear on this, this block is not about builds. While TVA does not encourage builds, we recognize the right of every user to install and setup their system the way they see fit. This is about one particular build creator consistently insulting and disrespecting the very people that his work depends on. Hopefully, this build creator will see the error of his ways and rescind and apologize for his past statements. Based on past behaviour though, I’m not hopeful.

If you are a user of either the GoW or Showbox build, we realize it sucks for you that you are caught in the middle of this situation. If you agree with our stance, then reach out to this build creator and tell him so. Perhaps that will sway him to do the right thing. If you don’t care, and just want to watch some TV, then I suggest a Fresh Start with a custom setup or at least not using one of the builds from this build creator.

So guys if you are using these builds maybe its time for a change or contact the team of these builds and make him aware of your thoughts on this matter.

Thanks for reading guys until next time. 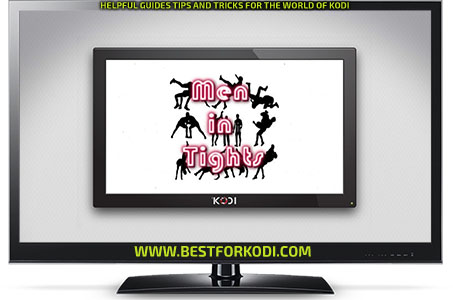