What has happened to Xunity? What has happened to Xunity?

Well the Facebook groups are buzzing with talk of the so called demise of this once Kodi giant so what is going on at Xunity?

I am not here to stick in the knife or throw mud but would love to know the answers.

Xunity was born Mid 2013 after a split from xbmcHub now TvAddons after an internal row over the introduction of adverts into xbmc addons  (still loads of evidence litter the internet forums of this row) They formed their own group and this was the birth of Xunity as we know it.

We created this site for two reasons for the developers and the users. To start we would like to say, the launch of xunitytalk has been nothing short of amazing. We have had an overwhelming amount of support from day 1 and our organization has nobody to thank for that

other than our users. We got over 600 users in less than 24 hours, and we are growing strong and more great things to come. Our aim is to to continue to grow and make the xbmc experience better. All of our addons are not affiliated with the xbmc foundation so we can bring all the goodies that they can’t. We are dedicated to maintain all our addons and give a much info so that if your a beginner or a pro we are here for you.

You may have woken up and put your device on this morning for the xunitytalk repo to update and give you this message. I have noticed that a large percentage of their add-ons are not working or not being updated at the moment.

Only the subscription based add ons like Ntv.mx, Streambox Tv and Offside Streams  and very few free add-ons seem to be working at the standard that they used to.

This now makes this pop up message very relevant and it basically makes this feel like a ransom. These pop ups are very annoying and should not be allowed especially when not in one of their add-ons  as it causes confusion to the user. When you try to exit this screen you are asked to enter your email address and you are added to an email list and then directed to their site shop advertising their streaming device Aurora and a message that you are added to the list.

This added to a tweet from them doing a poll over the weekend (which i must add had a poor response) pointed to something like this happening. I Stream used to be my go to add-on but to be honest I  have not used for months now, probably since the rising of Phoenix and Mash Up closed its doors.

I loved the community playlist section but that is just littered with non-working lists with a few hidden gems among the rubble. It has even reduced itself to copying the whole of Navi x and Phoenix into its third party lists hence the message from the Phoenix team shown below. I know a  lot of people will sign up for this and if its only £2 a year as stated in the tweet it seems a bargain if we get Xunity addons back to there best and be updated on a daily basis.

I do not know the numbers of avid followers of their addons but even if 200000 people signed up to this that’s £400,000 a year for just updating addons. Hopefully this money will be pumped into improvements and development for the future.

Will they still update their FREE Repo? is another question i would like to know. maybe they will but not on such a regular basis.

BUT and a massive BUT at that what worries me majorly about this HOW MANY OTHERS WILL FOLLOW SUIT? Will this be the death of free Kodi? £2 this year what next? £5 a year. I know running servers etc is not cheap but Kodi needs to stay FREE or donations at a push. So what next for Xunity is this the beginning of the end?

Speaking to a couple of other Devs today they don’t seem to be overally worried about it, most of which just laughed at it. Most responses were “don’t worry Guys we would never do this” there are loads of new add-on makers coming to the scene and these will plug the gaps left if you choose not to pay and receive this vip repo. 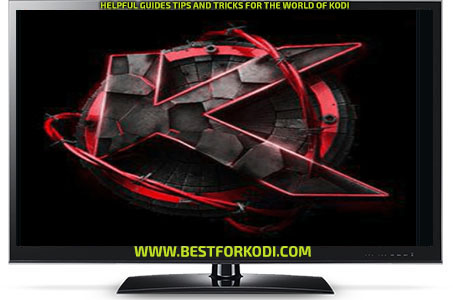