So the biggest News to come out of the third party addon scene over the Christmas period is the shock closure of the Wookie Wizard and all of its builds. Wookie Closes its doors – What are my Options? We take a look at the options open to you and hopefully this will answer the thousands of tweets i have been sent over the last few days.

So the biggest news to hit the third party addon scene over the Christmas period was the surprise closure of the Wookie Wizard and its builds. The Wookie had been around for a few years and had grown into one of if not the best Kodi third party wizard. It was the home to their own builds and a whole section of community builds from some very talented builders.

The guys tagline summed them up to a tee. Wookie More than a Build. Unrivaled support for their community.

Yes it was a shock decision but with the current climate as it is, not really a shock. The recent closures of Ares Wizard and Colossus after legal threats in 2017. I wrote a blog on this subject and it can be read HERE

I felt that it was only a matter of time.

Their official announcement can be read below:- Team Wookie was rocked in August when the main man Wookie L tragically passed away. I also wrote a blog on it HERE

I know from from speaking to a few of the guys on twitter since August that it had not been the same without him.

Firstly i would like to wish all the guys well it what they do in the future, they have always been very supportive of our site, thanks for my personal mention lol glad Lee brought us together. Don’t be strangers guys!!

Right Guys i have thousands of tweets over the Christmas period on people panicking about what build now that Wookie has gone? First why the panic? I am not going to sit here and answer every single one when all it takes is for you to read our website.

There are a few options for you.

Other Third Party Wizards and Builds

There are hundreds of Third Party Wizards and builds in the community. We have covered loads of these on the website that’s if you can be bothered to read! Some can be found HERE.

Why not make your Own?

We have also written numerous blogs on creating your own Builds its not hard and its certainly not rocket science. This series can be read HERE

So there should be no excuses!! lol

Keeping your current Wookie Build as a base and updating Yourself by reading our Site.

Every day our writers produce install guides for new addons that hit the scene which if followed your could have new addons on your device within seconds.

So there you go its so easy! No need to Panic and Stress. Plenty of options for you to consider.

Wookie also sent this tweet below on the 23rd that Perks Media had offered a home to all the community builders should they wish to take it up. So that could be a great first port of call. The Wookies have just sent this latest tweet to say all will be offline today. Please remember that Best for Kodi offer no streams or control this addon. We are primarily a Third party Addon News site. What you choose to do with this information if up to you.

It your responsibility to ensure that you comply with all your regional laws with any streams to be found on the web via Kodi Third party addons.

Whilst I am writing this would like to go on record to thank you all for your support.  The Site is still growing month on month. We really enjoy reading your comments on our twitter account all 54000 of you. if you don’t follow us you can do so by clicking HERE. 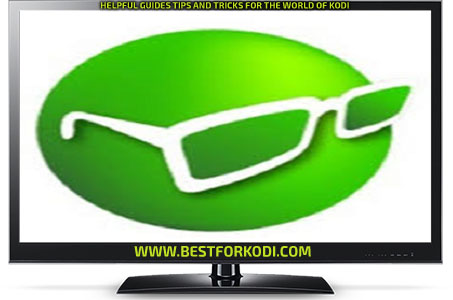